Netflix’s star-studded action-comedy, Red Notice, had its theatrical premiere on 5 November 2021, and the reviews are in!

The film follows an Interpol agent as he tries to hunt down and capture the world’s most wanted art thief. As Red Notice bows out of cinemas, it debuts on the Netflix streaming platform on Friday, 12 November 2021.

Some names and titles come with heavy responsibilities and expectations. When a leading entertainment outfit the size of Netflix dubs a film its “biggest film ever,” one naturally expects some fireworks. With a cast featuring Box Office heavyweights like Dwayne Johnson, Gal Gadot, and Ryan Reynolds, fans went in for this one, seriously salivating. Reactions have been streaming in all week from moviegoers and pundits, and they are noticeably interesting. No pun intended.

If observations are anything to go by — and I bet they are — “the reviews” is yet another audience vs. film critic battle. With a 42% rating on the Tomatometer and a 92% audience score, it is safe to say moviegoers have subtly issued film critics a… #RedNotice. Let’s go through some of the reviews.

Twitter user Brandon Davis (@brandondavisBD) definitely had a lot of fun in the cinema. “#RedNotice gets better as it goes. It tries to make you laugh more than it actually does, but there are a few really great jokes. It’s silly with some ridiculous action. I had fun watching Dwayne, Ryan, and Gal be slick together & enjoyed the several fun, simple twists. Popcorn!,” he tweeted.

As low as the film critics’ scores are, not all of them spoke ill of the film. Top Critic Nick Schager of The Daily Beast wrote, “Red Notice embraces a typical banter-chase-banter-fight-banter-explosion formula, and its script is split evenly between Reynolds smart-assery and functional exposition.”

“Red Notice is a stylish action-packed adventure and the best Netflix film in ages. The Rock and Ryan Reynolds make an adorably lovable team, and Gal Gadot is as lavishing and charismatic as ever. Combined, these three own this movie. Slick, wild and endlessly fun!,” Twitter user, The Moonlight Warrior said, grading the film 8.5/10.

Grace Randolph of Beyond The Trailer gave the movie a green mark, saying it was “a lot of fun!”. Grace added, “Dwayne Johnson & Ryan Reynolds are a great team. The movie is very fun and energetic. One of Netflix’s best films.”

It will seem Gal Gadot has won yet another soul in the person of Scott Menzel (@scottdmenzel), who gushed: “Another thing about Red Notice is how great Gal Gadot is as the villain. Gal seems to be having the time of her life. She looks absolutely stunning and kicks a whole lot of a-s too. Loved seeing this playfully comedic side to Gal and hope we get more of it. #RedNotice.” Can you blame them? Wonder Woman being wonderous as always.

Brace up for these ones. A lot of people weren’t singing Kumbaya after seeing Red Notice, and they didn’t mince words in expressing their distaste.

As his name implies, Josh Wilding was wilding out in his review of the film. “Turn off your brain,” he said. “And you might have at least some fun with Red Notice. However, this brawny, bloated blockbuster is too short on new ideas and wastes its A-List cast for a cookie-cutter action flick that makes your Netflix subscription feel criminal.” 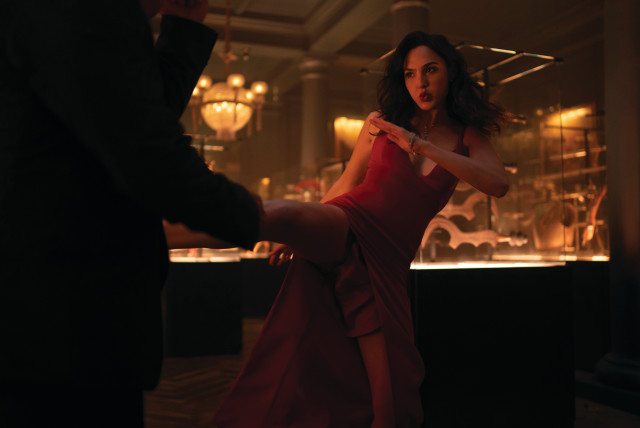 Bane (@sujodamystique) on Twitter wrote: “That Red Notice movie look dumb af. They want to do another Fast And Furious wannabe movie so bad.”

A top critic for Deadline Hollywood Daily, Valerie Complex, wasn’t too kind either. Here’s what she had to say: “The three megastars carry the entire film on their shoulders and end up buried alive under the weight of it all.” If you think that was harsh, see this next one.

“I gave Red Notice my full attention, and all it gave me back was a headache. As far as I’m concerned, that says it all,” said Sara Michelle Fetters of MovieFreak.com in her review, rating the film a measly 1/4 rating.

Brian Tallerico’s review for movie reviews and rating website rogerebert.com is quite an interesting read with not-so-nice things to say about Red Notice. Brian claims the film lacks actual substance, personality. “When the poster for ‘Red Notice’ was released, most people lamented its Photoshopped, bland nature. They didn’t realize how honestly it captured the movie,” he says. He didn’t stop there, adding that “It feels like everyone thought casting would be all it took to make “Red Notice” charming and then forgot to give their actors charming things to actually do.”

Now that you have heard from both sides of the argument, are you encouraged or put off? It’ll, however, be nice if you see the film yourself and see how you feel about it. Thankfully, you can now do this from the comfort of your own space, as Red Notice is available for streaming on Netflix.